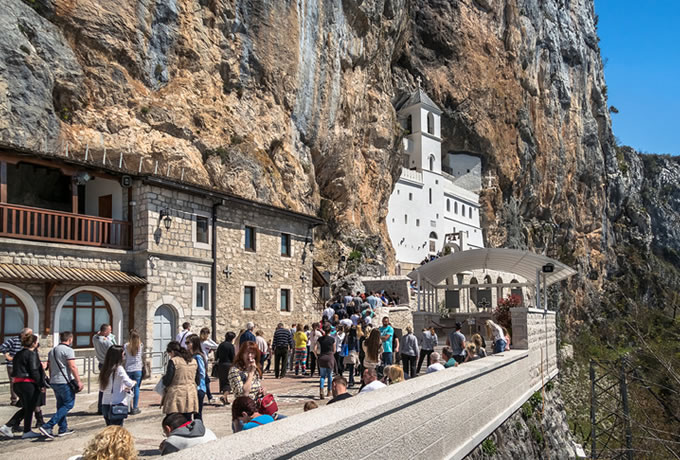 The Ostrog Monastery is a monastery of the Serbian Orthodox Church, located near the almost vertical cliff, high on the mountain Ostroška beć u Crnoj Gori. It is devoted to St. Vasilij Ostroskom. The Ostrog Monastery consists of the upper and lower monasteries. It is located in the area of ​​Bjelopavlić, belongs to the Danilovgrad Municipality and is located in a vertical stem, overlooking the plain of Bjelopavlić. It was founded by Hercegovački metropolit Vasili in the 17th century, which was buried there and later canonized. He is a miracle worker Saints. His body lies in his life in the cave church. The Ostrog Monastery is among the most sought after in Southeast Europe. It comes from the vernacular of all religions from all over the world.

The Ostrog Monastery was built on the site of the longest cave hut in which St. Janijus from Onogost, who had already built the cave church of the Holy Virgin on Ostrog, and then without any monastery estate. With the coming of St. The Basil, who visited places suitable for the life of the little sister and sought his new metropolis, chose these hard-to-reach casings to build a future monastery Upper Monastery.

Upper Monastery The historic cave of prehistoric Isaiah Onogoski was built in the church of St. Cross, and in the meantime the old cave church of the Presbytery of the Virgin Mary was restored. Sv. The cross is located on the upper monastery level and is painted by master Radul, adapting frescoes into the natural rock form. Around the church are the wraps and together they make the object harmoniously united with the natural ambience. Lower Monastery

He cares not only about the prayers and worship of the fraternity, Basil took care of food and sources of income for the residents of the monastery, bought the land from the peasants, and where the bishop gathered the young liberator. Thus, the core of the Lower Monastery was created with a large complex of monastery settlements composed of forests and cultivable land. [4] The Holy Trinity Church, located in the center of the Lower Monastery Complex, is responsible for the founder of Austrian archimandrite Josip Pavičević from 1824, built with the help of the parish priest Bjelopavlić and Pjesivača, blessing of the then Metropolitan of Montenegro Peter Prv Petrović Njegoša, better known as Sveti Petar Cetinjski. The monastery was restored 1923-1926. year after the fire, which had been spared the cave churches. They represent the main monumental value. In 2000, a monstrous monastery, father Lazarus built the Ostroški skit Jovan Do near Niksic, where monks keep Ostrog retreating for execution of monastery listening. In this sketch, in peace, without pilgrims and tourists, he performs an active liturgical life, followed by prayerful revelation and listening to the skills of dubiousness and iconography. On the plateau above the Lower Monastery of 2004, the Church of St Stankin Stanko was erected in which his unconscious hands were transferred from the Ostroški church of the Holy Cross. Lieutenant Stanko (Aleksić) was a great man who the Turks were tortured and killed because he did not show them the way their opponents fled. After the demolition of his tomb in the hands of the Holy martyr Stanka were preserved. During 2013 and 2014, a number of construction interventions were carried out at the Gornji Monastery's harbor, giving the whole complex of the monastery a new glow. At the entrance to the port there is a three-port gate, and the whole courtyard is paved with elaborate stone slabs that are in some parts in the form of a mosaic. Paving of the stairs leading to two churches of the upper monastery was also made. There are numerous mosaics of the saints' characters in the area and in the Gornji and Donji monasteries in different positions. 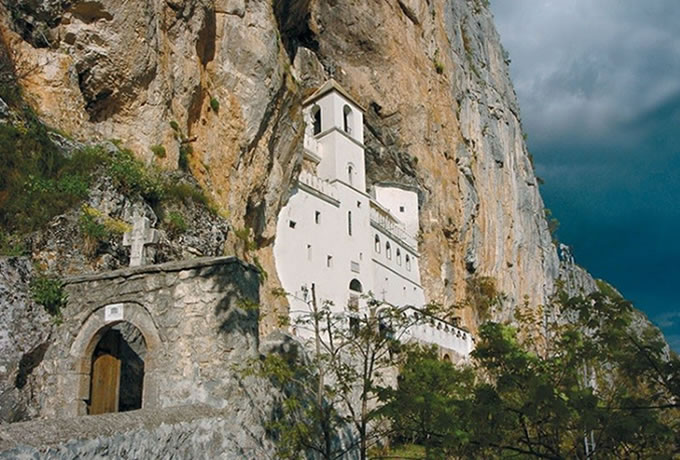 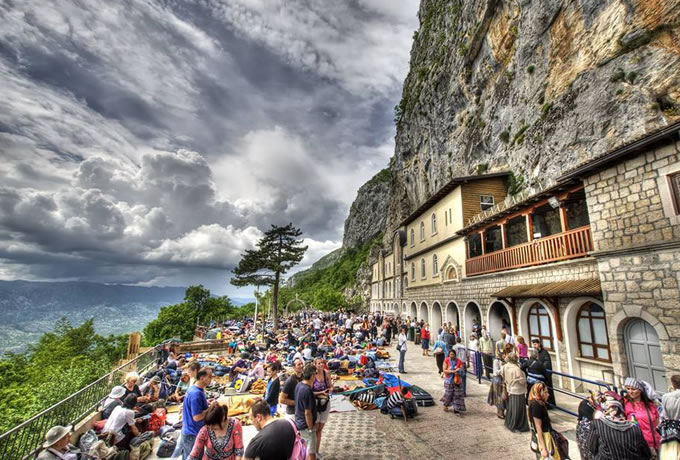 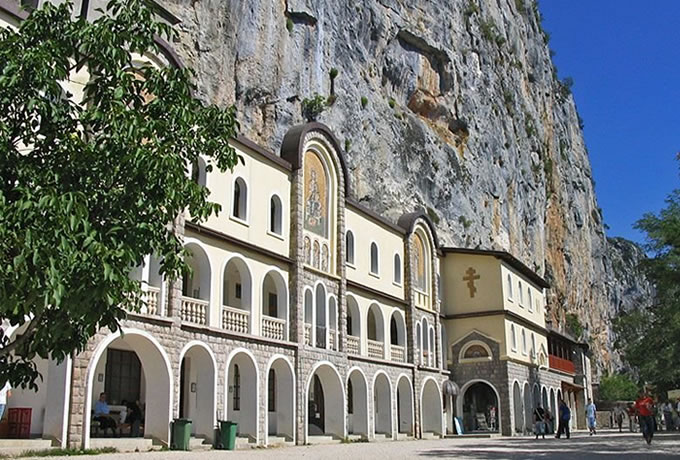 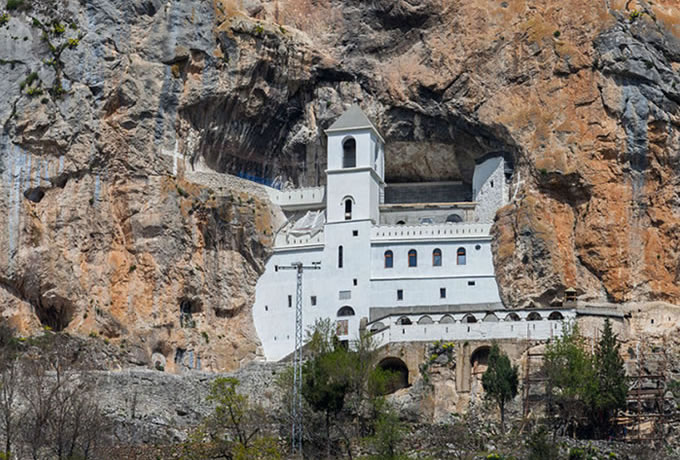